We Fix What Others Can't.

Our team of building automation experts and specialists in HVAC automation retrofit in Seattle have a well-deserved reputation of excellence in providing smart, sensible, and cost-effective technologies and solutions for our clients.

Often, more than one area of expertise is required for building automation applications.  With Octant Innovations on your side, there’s no need to look anywhere else.  We combine the skills of mechanical and electrical engineering, energy management, lighting systems expertise, security systems expertise, software development  and high-quality hardware manufacturing with a deep-seated customer service approach to building technologies.

We serve a wide range of clientele and every client relationship is valued greatly and treated as a priority. Contact us for your assessment for HVAC automation retrofit in Seattle today.

We Provide Experience You Can Trust

We guarantee effective and knowledgeable expertise for you and your business. Our reputation and history of success with our clients speaks for itself. It is our commitment to help you achieve success on every project.

inetAUTOMATION™ brand is installed in complex facilities across the USA. Interoperability with several thousands of manufacturers of HVAC and lighting equipment via open protocols is a standard feature.

We Provide Ongoing Service and Support

Whether your business is managing buildings or contracting building technologies, you can rest assured that we’re going to help you get started efficiently and profitably. We’re committed to providing you with top notch technical support and information. We approach every client with a focus on integrity, delivery, and understanding your needs. 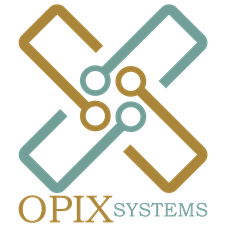 Octant Innovations has joined the OPIX building automation consortium of HVAC and Lighting controls companies. Joining OPIX ensures that Octant Innovations can provide OPIX’s brand of controllers and servers to the market. Octant Innovations is committed to providing “Best of Breed” products and the services built around those products.

What is an Octant?

An Octant is a measuring instrument used primarily in navigation. The name “octant” derives from the Latin “octans” meaning eighth part of a circle, because the instrument’s arc is one eighth of a circle. It is a type of reflecting instrument.

Two men independently developed the octant around 1730: John Hadley (1682–1744), an English mathematician, and Thomas Godfrey (1704–1749), a glazier in Philadelphia. While both have a legitimate and equal claim to the invention, Hadley generally gets the greater share of the credit. This reflects the central role that London and the Royal Society played in the history of scientific instruments in the eighteenth century.

The octant provided a number of advantages over previous instruments.

Octants were produced in large numbers into the 19th century. In wood and ivory, their relatively low price compared to the all-brass sextant (which was developed subsequently) made them a popular instrument. The design was standardized with many manufacturers using the identical frame style and components. Different shops could make different components, with woodworkers specializing in frames and others in the brass components.

The octant revolutionized maritime navigation by making a high-quality product that was affordable and simple to use. The Octant allowed countries and individuals to explore, improve global trade and expand industry. More modern devices are enhancements to the functional use and broad adoption of the Octant.

The octant provided both longitudinal and latitude measurements that allowed navigation on open seas.

With the use of the manufacturing techniques available in the 18th century, the instruments were capable of very accurate readings. The size of the instruments could be reduced with no loss of accuracy.

The sight was easy to align because the horizon and the star seem to move together as the ship pitched and rolled. This also created a situation where the error in observation enabled less dependency on the observer, as he could directly see both objects at once.

Using shades over the light paths, one could observe the sun directly, while moving the shades out of the light path allowed the navigator to observe faint stars. This resulted in enhanced usability because it made the instrument usable both night and day.

At Octant Innovations, we embody the spirit of the original octant by revolutionizing the deployment of building technology to change the world.